In the evening hours of  July 3, severe, fast moving storms rolled through the area.  The nights calls began with Ladder 82 being dispatched to Bellmawr for a fire caused by a lightning strike at the Ethel M. Burke School.  10 minutes later, Engine 821 was dispatched to Blackwood for an alarm system call at Scenic Falls Apartments.  While enroute, the call was upgraded to a building fire, also caused by a lightning strike. Engine 821 operated for a short time before being released to respond to another alarm system.  By the time the night was out, the Chews Landing Fire Dept. would respond to an additional 5 calls, including another fire in Blackwood.

Thanks to Jerseyfireshots and Tony Merulla for the provided photos. 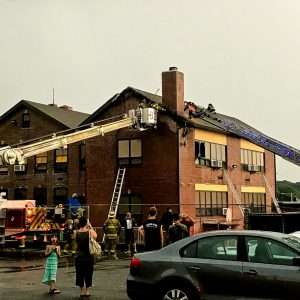 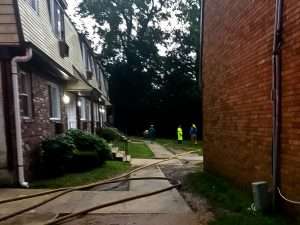 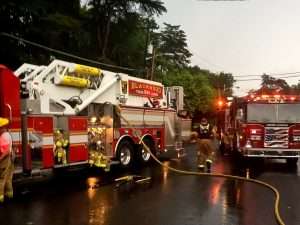 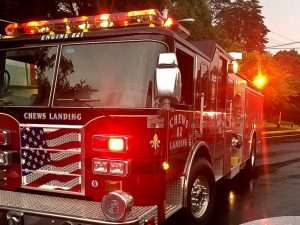