The Chews Landing Fire Dept. Friday night Duty Crew started off the night by heading out around town with Tower Ladder 82 to do some pre-planning.  Pre-planning is where we review a location beforehand and note as much of its construction, layout, hydrant locations, special access that may be needed, specific hazards, and to look for anything else that could be pertinent information should an emergency ever arise there.  Just minutes after arriving at our first stop,  at 18:34 the crew was dispatched for a house fire in Lindenwold, with reports of possible occupant entrapment.  First arriving units reported heavy fire throughout a 2 story single family dwelling, and the 2nd Alarm was struck. All occupants were accounted for at that time.

Upon arrival, Tower Ladder 82 was tasked as the incident’s RIC (Rapid Intervention Crew), standing by and monitoring the situation, ready to provide immediate aid to any firefighters that may need rescue from within the structure.  We were joined soon after by Rescue 82, and a second RIC was established.  Once the fire was placed under control, one RIC was maintained and the other was assigned to the manpower pool.  Though the hot and muggy weather made for an extremely uncomfortable evening, both units cleared without incident, and returned to quarters after approximately 2 hours.

Once all of the trucks and equipment were fully restored, an attempt was made to finally have an evening meal.  However this was not to be, as Tower Ladder 82 was once again dispatched, this time to Pine Hill for a reported apartment fire.  Fortunately, the assignment was quickly recalled before the ladders arrival.  Now approaching 22:00, the crew of TL 82 could finally catch their breath and grab a meal.

Throughout the night while TL 82  and R82 were providing mutual aid, coverage for the residents of the Chews Landing section of town was maintained by additional Duty Crew members, as well as Engine 88, the joint District 2 and District 4 24/7 career staffed apparatus. 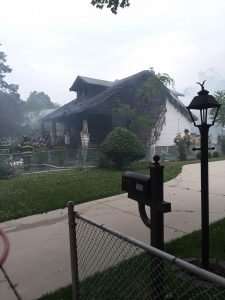 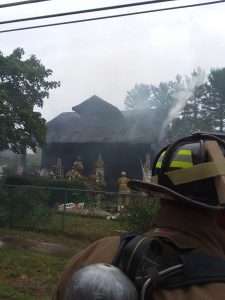 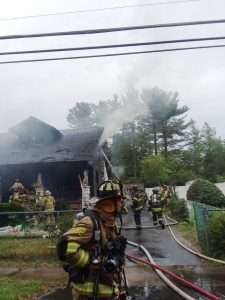 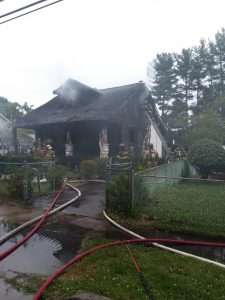 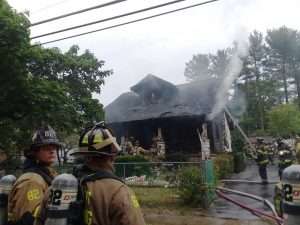