At 11:06pm on Friday March 8, the Box was transmitted for a reported dwelling fire in 84’s local.  Chews Landing Fire Department had two full crews in house as part of our Duty Crew program, and quickly had Engine 82 and Ladder 82 out the door.  Engine 88 responded from Blackwood’s sub-station, and within minutes were on location of a house with heavy fire showing.  Engine 82, Ladder 82, Erial Squad 86, and Pine Hill Squad 62 all arrived in quick succession.  Crews lead off with both 2 1/2in. and 1 3/4in. handlines for an interior attack, however they were quickly forced back as the roof began to collapse, and 8401 struck the 2nd Alarm for additional manpower.  Ladder 82 set up for master stream operations, and the fire was soon darkened down, allowing for limited re-entry to locate any hidden pockets of fire.  Crews remained on location well into the morning hours, clearing the scene at approximately 5am.  The house was vacant at the time, and no firefighter injuries were reported.  This is the 3rd multi-alarm fire in the township in as many weeks, along with several other All Hands fires that 82 and 88 crews have faced over a busy few weeks. 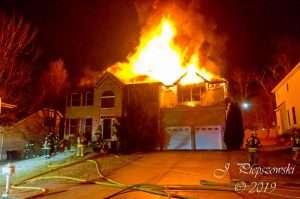 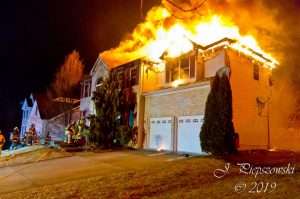 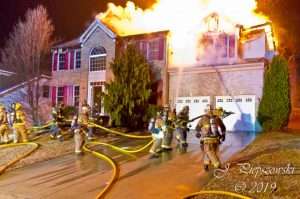 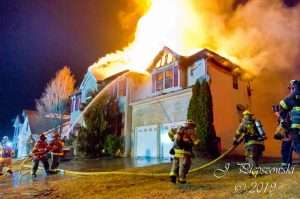 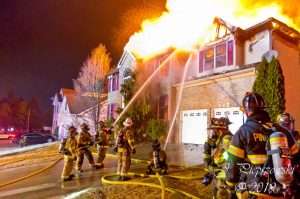 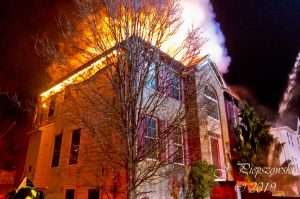 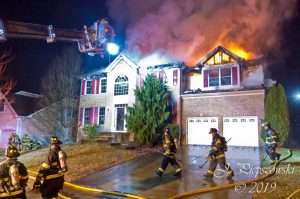 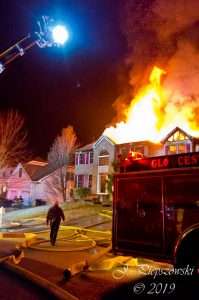 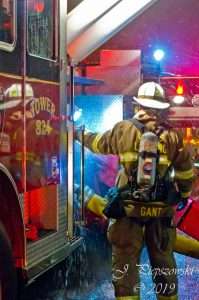 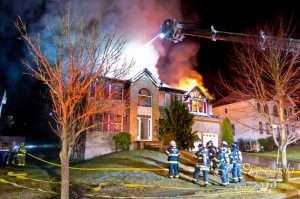 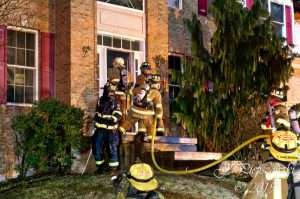 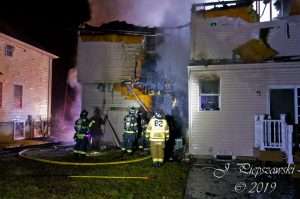 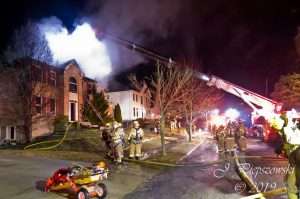 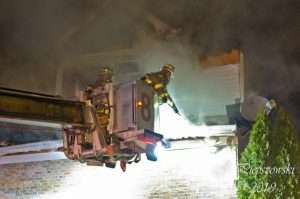 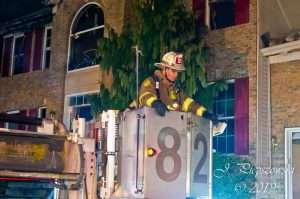 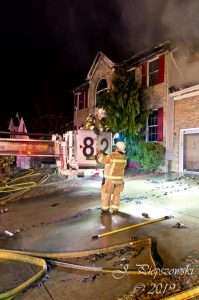 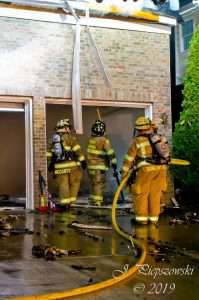 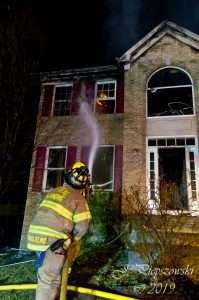 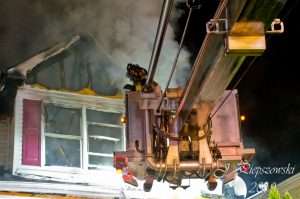 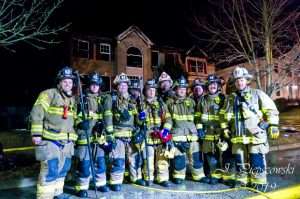