On Wednesday, June 12 at approximately 20:30, Engine 88 responded to a Rescue Box that was transmitted for an MVA on Cross Keys Rd. in the area of the Chick-Fil-A.  Reports were for a two vehicle MVA, with one occupant trapped.  While Squad 85 (Lambs Terrace) and Squad 25 (Winslow) worked on extricating the trapped victim in the first vehicle, Engine 88 was ordered to secure power to the second vehicle upon their arrival.  Engine 88 was released shortly after.  Two patients were transported to area hospitals, and the accident is under investigation by the Winslow Twp. PD. 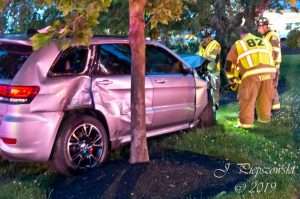 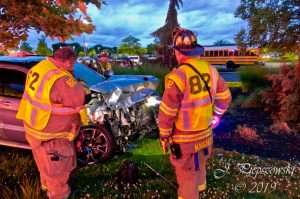 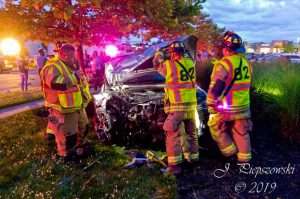