Wednesday, June 26 saw Chews Landing Fire Dept. respond to numerous calls, including 4 Dwelling fires.  The first call of the day came in just after 02:30 for a reported Dwelling fire on Cedar Ave.  Engine 88 and Tower Ladder 82 found a malfunction with the homes boiler unit, secured power and fuel to the system, and verified there was no fire extension to any of the area surrounding the unit.

Engine 88 handled several other calls throughout the day, including a burning wires call and small brush fire, before the station was dispatched to the Black Horse Pike near Oak Ave. for another reported Dwelling fire.  Engine 88 arrived and found a small apartment above a business with smoke showing, and requested the All Hands.  The fire was quickly extinguished, and the station was soon back in service.

Shortly after 21:30, Rescue 82 and Engine 88 were dispatched for yet another Dwelling fire, this time in 86’s local (Erial).  First arriving units updated the report to show that it was actually a shed.  Rescue 82 returned to station while Engine 88 was rerouted to a minor call for service in Blackwood.

But within the hour, 8201 (Chief Millisky), Tower Ladder 82, and Engine 88 were responding to Pine Hill for a confirmed working apartment fire.  Both arrived as the Second Due Engine and Truck companies.  Engine 88 secured a water supply for Squad 62 before aiding in fire suppression, while the members of Tower Ladder 82 began checking adjacent apartments for any signs of the fire spreading to them.  Both units remained on scene until after midnight.

As always, thanks to Runnemede, Glendora, Blackwood, and Blenheim for the Mutual Aid assistance rendered.  Additional thanks to Nick Martin for providing additional photos. 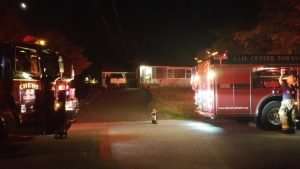 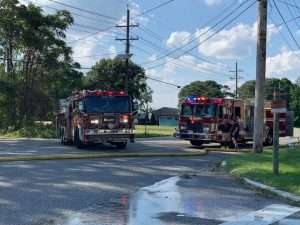 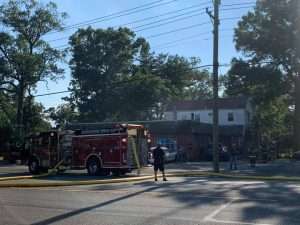 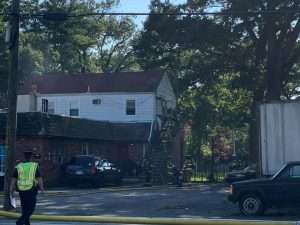 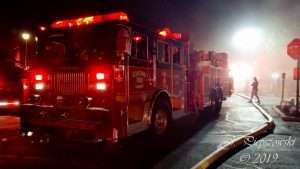 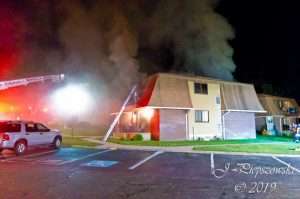 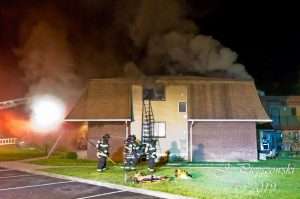 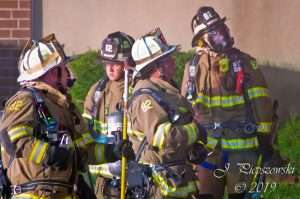 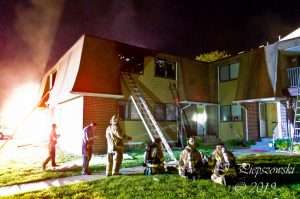 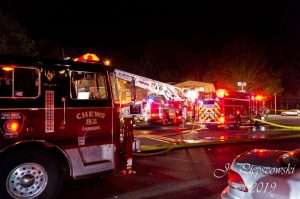