Recently, the Boy Scouts of Troop 811 took on the task of painting fire hydrant markers on the roadways of the Timberbirch and Broadmoor developments.  This project was spearheaded by Boy Scout Jonathan Masino, a Broadmoor resident, as part of his Eagle Scout Service Project.  Jonathan’s efforts will give us one more “tool in the toolbox” to help quickly determine the location of hydrants when responding to calls.  Thank you to Jonathan and all of the members of Troop 811, for this undertaking.  And congratulations to Jonathan on achieving Eagle Scout!  Great job! 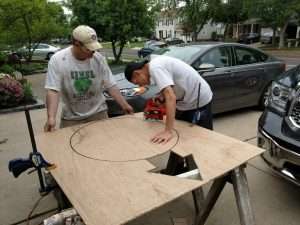 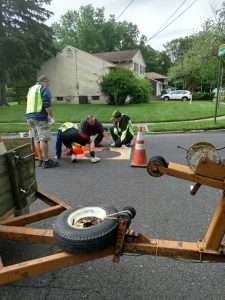 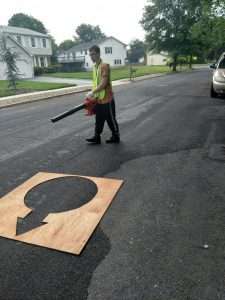 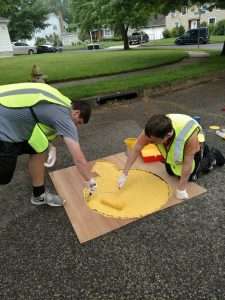 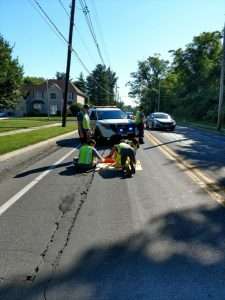 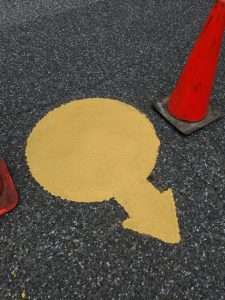 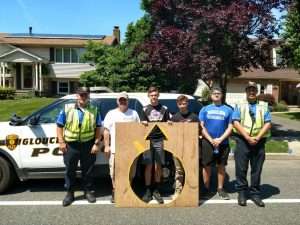 On Wednesday Sept. 5 just after 6pm,  the Chews Landing Fire Dept. was dispatched to the Hargrove Marina in Bellmawr.  Members responded with Marine 82 to assist Gloucester County emergency personnel in the search for an 81 year old Deptford man that had been missing since earlier in the day.  He had last been seen near his home, located not far from the shores of nearby Timber Creek.  Fortunately, while crews were out on the water searching, he was found safe and unharmed on dry land. 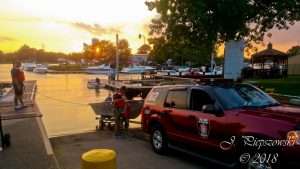 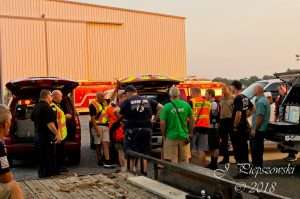 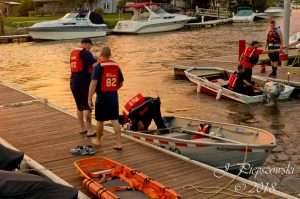 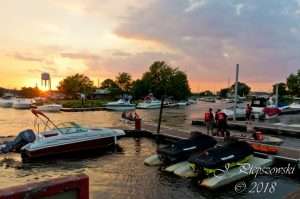 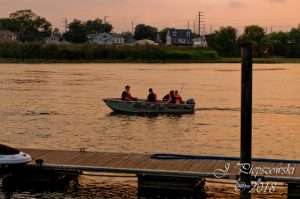 The Chews Landing Dept. and Gloucester Fire District #2 are excited to announce they’ve been awarded a Federal Staffing for Adequate Fire and Emergency Response (SAFER) grant.  On Friday August 31, 2018, the department and Chief Mike Millisky hosted a press conference with Senator Robert Menendez, Congressman Donald Norcross, Mayor David Mayer, and representatives from other local departments that were also grant recipients in announcing the awards.  Senator Menendez and Congressman Norcross have consistently advocated for the funding of these grants to provide departments with much needed assistance for staffing and equipment.  This SAFER Grant will be used to add a career firefighter to the department’s ranks to supplement the staffing of Engine 88, the 24/7 staffed duty engine that was a result of the shared services agreement between District #2 and District #4.  This will save District #2 taxpayers $154,00 over the next 3 years.  In addition, District #4 representatives were present, as they too were awarded a SAFER Grant in a similar amount, which means a total of 2 full time firefighters will be added to staff Engine 88.  Also on hand were the Lawnside Fire Dept., who received a grant to replace their aging airpacks; the Berlin Fire Dept. and West Berlin Fire Dept., who will use their funding for the replacement of their rescue tools; and the Woodbury Fire Dept.

The full press conference can be viewed below. 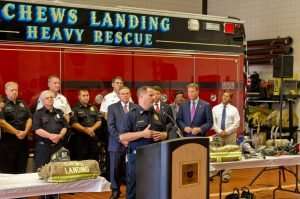 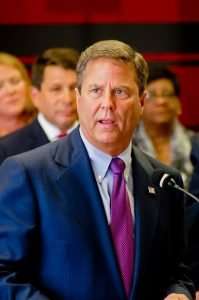 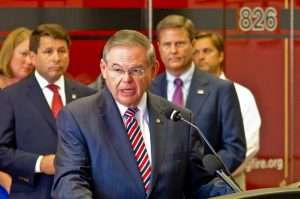 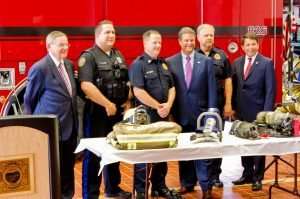 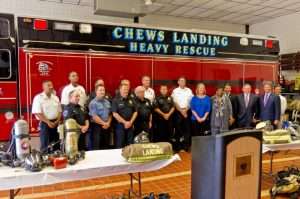 The 24 hours beginning at 08:00 on Wednesday Aug. 22 saw a number of significant runs for Station 82 and Engine 88’s A Platoon.  While out performing inspections, Engine 88 was dispatched for a 2 car MVA on Rt. 42. just before 15:00.  Upon arrival, they and Squad 85 extricated one patient for transport to the hospital.  About an hour after clearing from there, they were dispatched again for a head on collision on Somerdale Rd., where they provided road hazard mitigation and patient care for 3 victims that were all transported to Cooper Trauma.  As they were returning to station, they took in another MVA in the Glendora section of town along with Rescue 82.

An hour later, Ladder 82 and Engine 88 responded to a reported dwelling fire in 83’s local.  A malfunction in the homes electrical system was quickly handled and turned over to Engine 83.  Just minutes after clearing from that call, the station was dispatched once again for an MVA on Rt. 42..  With almost no break, yet another dwelling fire was reported in 84’s local.  This too proved to be a malfunction with the electric in the home.

The rest of the evening remained quiet, however just before 04:00, Engine 88 was dispatched back to Blackwood to aid GTEMS with a medical emergency.  The runs didn’t end there, however, as just before 07:00, another fire was reported at the Millbridge Garden Apartments.  Engine 88’s crew arrived to a smoke condition in the apartment, and discovered a malfunctioning AC unit, and were able to handle alone. 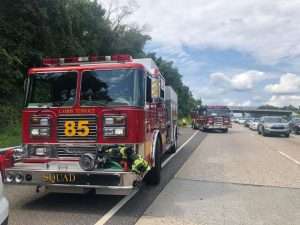 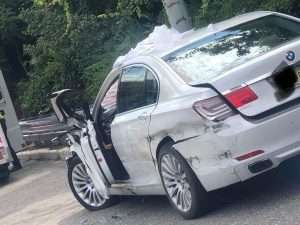 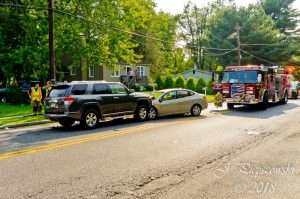 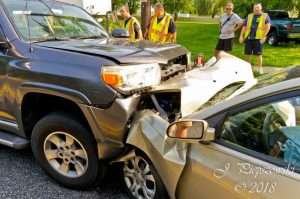 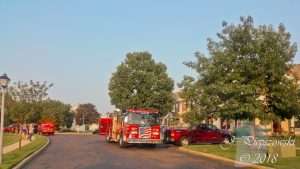 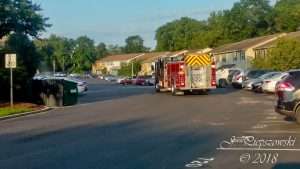 On Tuesday August 6, in support of this years National Night Out events, the Chews Landing Fire Dept. made several stops throughout the area. Members were on hand with give-a-ways, as well as to give tours of the trucks, demonstrate our equipment, and answer any questions residents had. Later in the evening, we joined our fellow stations from within the township at Veterans Park for the fireworks display. 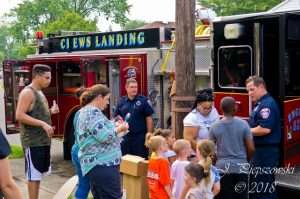 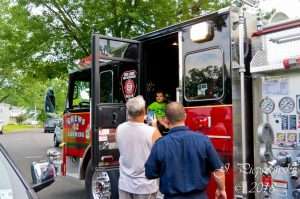 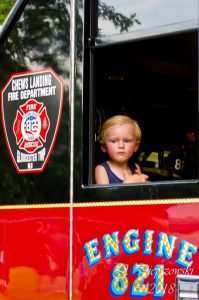 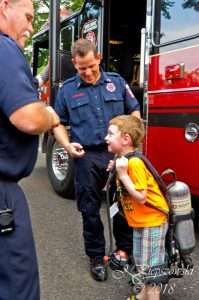 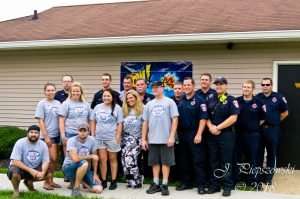 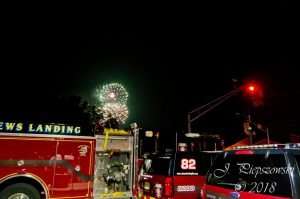