On Tuesday evening, January 3rd at approximately 17:27 Hrs., Taskforce Box 822 was dispatched for a reported dwelling fire at 668 Chatham Drive.  Camden County Communications reported numerous calls for a dwelling fire at that location.  Arriving on location, 8201 (Millisky) reported heavy smoke conditions from the attic vents on sides “Bravo” and “Delta”, and requested the “All Hands” dispatched.

Engine 822 and Squad 75, both arriving at the same time, stretched 1 3/4″ handlines to the interior while Quint 29 and Engine 69 commenced ventilation duties on the “Bravo” and “Charlie” Divisions.  Interior crews reported that the fire had moved to the attic area of the house, and that the floors were compromised on the 2nd floor.  The fire was quickly located and extinquished however, extensive overhaul was required due to the severity of the fire. 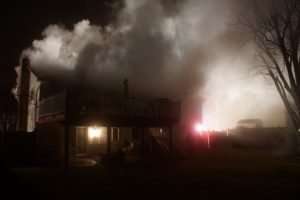 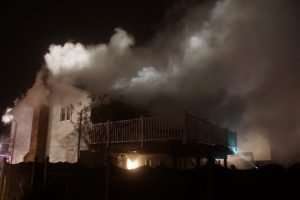 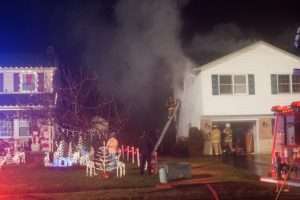 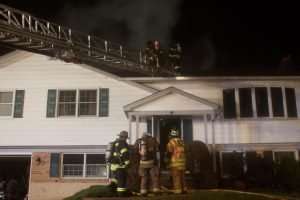 On Thursday 12/29/16 at 14:00 hrs, companies were dispatched to Route 42 in the area of Mile Post 7.0 (Sicklerville Road), for a report of a motor vehicle crash with injuries.  On arrival by the Northbound companies, Squad 85 and Engine 86, they found an overturned service truck with numerous flammable gas cylinders, and additional vehicles involved at the Northbound off ramp to Sicklerville Road. Southbound companies, Rescue 84 and Engine 82, setup a blocking position on the highway and deployed protective handlines while crews worked to right the overturned vehicle and remove the vehicles from the highway.  The highway was cleared and all lanes reopened approximately 4 hours later. 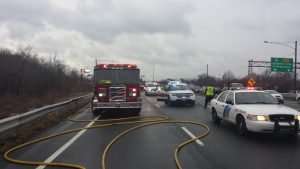 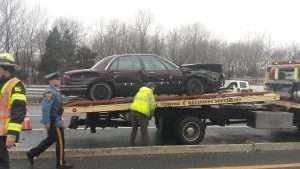 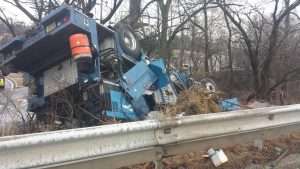 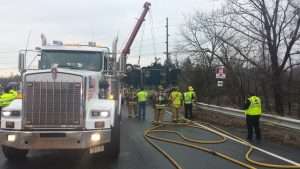 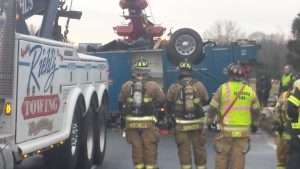 At their monthly meeting on December 14, 2016, the Gloucester Township District #2 Board of Fire Commissioners formally appointed Rick Knight as a Career Firefighter with the department.  Rick is a military veteran, having served in the US Army from February 2007 to February 2011, with a 15 month assignment in Iraq.  Rick received several commendations during his service, including the Iraq Campaign Medal with Two Campaign Stars, the Army Achievement Medal, a Meritorious Unit Commendation, an Army Good Conduct Medal, a National Defense Service Medal, and a Global War on Terrorism Medal.  Rick was Honorably Discharged at the rank of Sergeant.

Rick is a Pro Board Certified FFII, and is trained to the Haz-Mat Operations Level.  He is CPR Certified, and has Incident Management I-400 level training, along with Basic and Heavy Vehicle Rescue, RIT Training and numerous other fire training courses.  Rick has also completed college courses in Fire Investigation, Building Construction, Introduction to Fire Science, Fire Protection Systems and Fire Department Organization and Management.  Rick is also a qualified interior firefighter with the Chews Landing Fire Department, and a Rescue and Tower Operator.

The oath of office was administered by Solicitor Dave Carlamere, and Rick’s wife Cameo proudly pinned the badge on Rick.  Please join us in welcoming Rick to the family and wishing him the best of luck for a long and healthy career with the Chews Landing Fire Department. 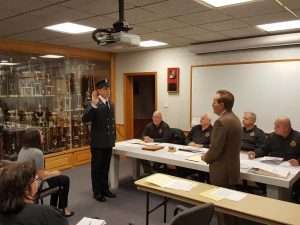 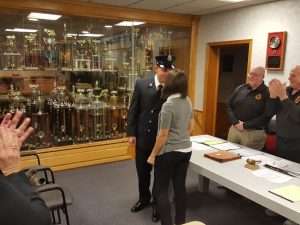 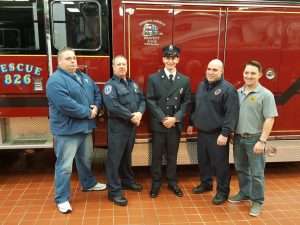 On Friday 12/09/2016 at 12:37 hrs., Rescue 82 and Ladder Tower 84 were, dispatched to a reported MVA with a vehicle into the house. Arriving on location at the incident, Battalion 82 reported a single vehicle into the structure with all occupants out of the vehicle but, significant damage to the house. A size-up was conducted by the crew of Rescue 82, who determined that not damage to the utilities existed, and stood-by awaiting the arrival of the Township Construction Official. At the request of the Official, Rescue 82 placed a strut under the front porch opening to the house, to stabilize it prior to removal of the vehicle. 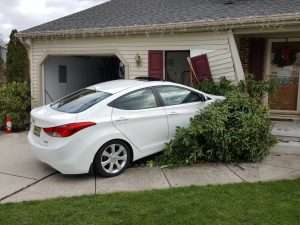 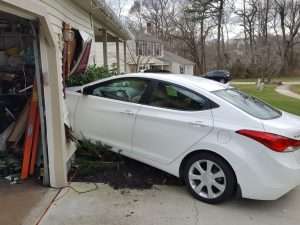 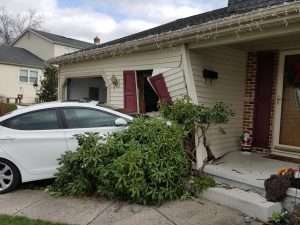 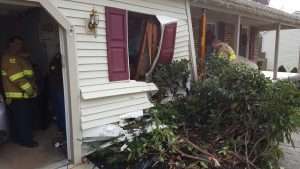 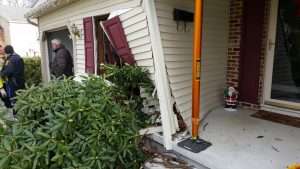 On Friday, 11/18/2016, while operating at a 2nd alarm fire in the south end of Gloucester Township, the Chews Landing Fire Department was dispatched to a report of an apartment fire at the LaCascata Apartments on Kelly-Drivers Lane. Initial reports by Gloucester Township Police and additional calls by residents, stated an apartment on fire and fire through the roof.

With the company already in service at the 2nd alarm fire, Camden County Communications added additional resources to the 1st alarm response. Arriving on location, Squad 75 (Runnemede Fire Department), encountered heavy smoke and fire conditions in the rear of the apartment on the 2nd floor and attic. An aggressive attack with heavy water lines and Master stream from Ladder 82, held the fire to the apartment of origin, and smoke damage to the adjoining apartment.

The fire is currently under investigation by the Camden County Fire Marshal’s Office and local Fire Marshal. 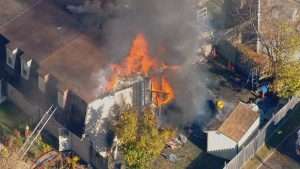