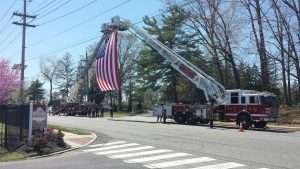 On Wednesday March 23rd, The Chews Landing Fire Department was happy to have a visit from residents of the ARC of Camden County.  Our visitors, were given a tour of the station and apparatus, and asked lots of questions.  At the end of the tour, they were given some Fire Prevention materials to take with them, and everyone got together for a group photo.

Pictured are the residents, Firefighters Nick Giambri and Rick Knight, and chaperone Pat Morris.  The career staff really enjoyed the visit, and are looking forward to a return visit next year! 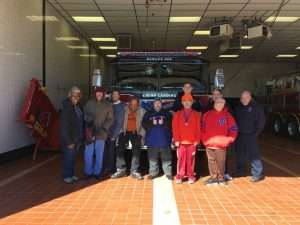 On Saturday, 1/14/17 @ 16:13 Hrs., Task Force 823 was dispatched to Unit 506 of the LaCascata Apartments, for a reported apartment fire.  Arriving on location, 8402 confirmed smoke showing from the rear of the apartment.  The crew from Engine 822, stretched an 1-3/4″ handline to the second floor bedroom, extinguishing the fire. During the operation, one firefighter’s leg went through the floor, due to the conditions. Ladder Co.’s 62 and 63, set up ground ladders and assisted with checking for extension. 8201 had Division “C”, Ladder 84 assisted Engine 841 with establishing a water supply.  The fire was placed “Under Control” a short time later. 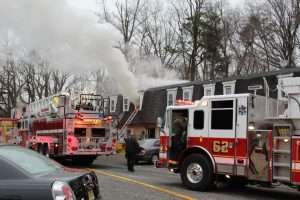 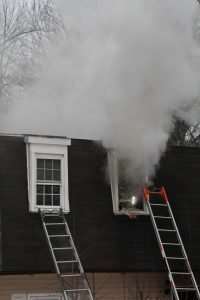 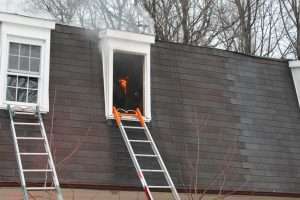 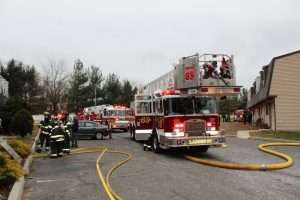 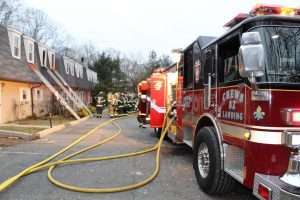 On Sunday, 1/8/2017 at 10:44 Hrs., Engine 82 was dispatched to a reported vehicle fire in the area of 302 Hobart Drive. Initial reports were a small golf cart on fire. Arriving on location, Engine 822, reported a golf cart with extension to a storage shed in the rear of the dwelling. The crew of the Engine stretched an 1 3/4″ handline to the rear of the dwelling, quickly extinguishing the fire. The Engine cleared the scene a short time later. 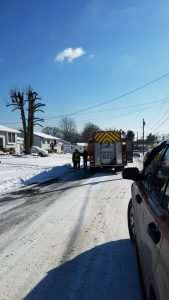 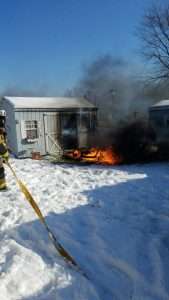 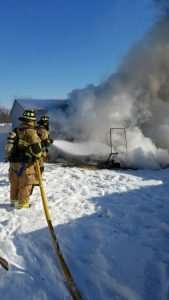 On Saturday evening, 1/7/2017 at 21:48 Hrs., Task Force 83 was dispatched to Building 72 in the Lakeview Apartment Complex. Arriving on location, 8201 (Millisky)reported heavy fire conditions through the roof of several apartments. In addition, Gloucester Township Police reported several residents trapped on balconies, located in the rear of the complex.

First due Quint 83, laid a supply line and took a position at Division “A”. Engine 822 arriving next, hand-jacked a secondary supply line, as the primary hydrant was out of service. Quint 75, took a position in Division “C”, and all companies utilized tank water to knock down the bulk of the fire until a water supply could be established.

Companies were hampered by the extreme cold temperatures and icing conditions at the time of the fire, in addition to, a ruptured gas main on the Division “A”/”D” corner of the building. All residents were accounted for and companies were released at approximately 04:00 Hrs. 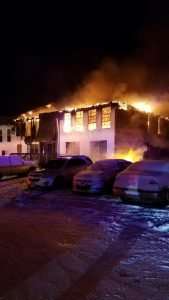 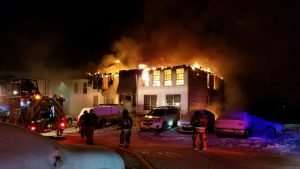 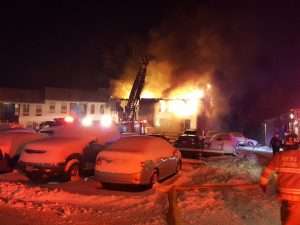 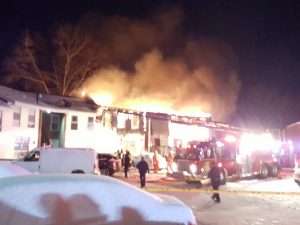 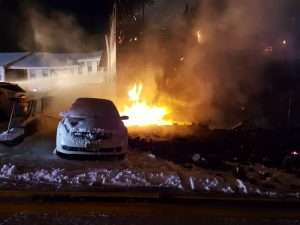